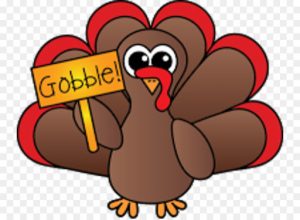 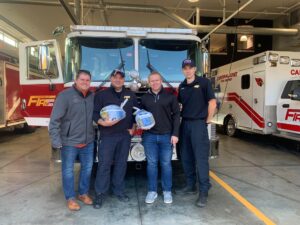 Special thanks to Team Marzo – NextHome Realty for donating two turkeys for Thanksgiving!

Our Renewal Levy passed…Thank you to all who voted! 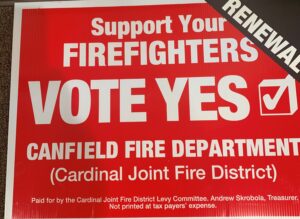 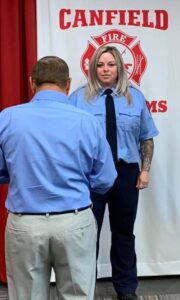 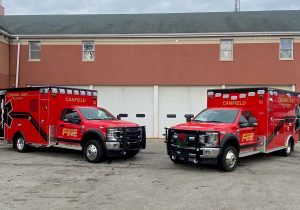 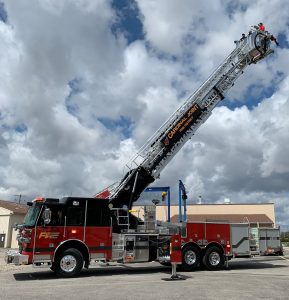 For a virtual tour of Tower 101, click on the link below: 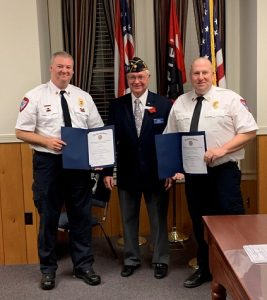 Captain Troy Kolar and Deputy Chief Matt Rarick were recognized by American Legion Post 177 for their efforts in starting a Strategic Response Team in Canfield.

Firefighters, Others Recognized as Heroes 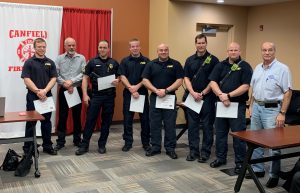 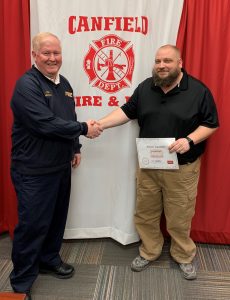 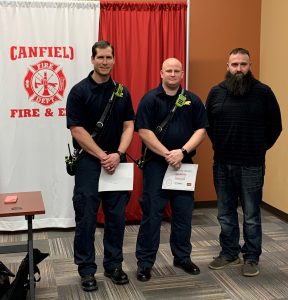 CANFIELD, OH, December 17, 2019– Chief Don Hutchison and Deputy Chief Matt Rarick, both of Cardinal Joint Fire District, recently earned the Ohio Fire Chiefs’ Association’s Fire Chief designation. To achieve this designation, applicants are measured against a predetermined set of standards. Applications are reviewed by a panel of the chiefs’ peers statewide and voted on by the Association’s Board of Directors.

The Ohio Fire Chiefs’ Association began this designation in 2014 and it is open to chiefs of full-time, part-time and volunteer departments. Measured criteria include experience, education, community leadership, and Fire Service leadership skills. Credentialed officers must renew their credentials every three years.

CJFD was recently in the news… 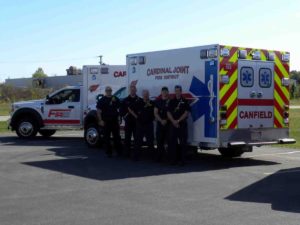 …check out the entire article on our In the News Page. 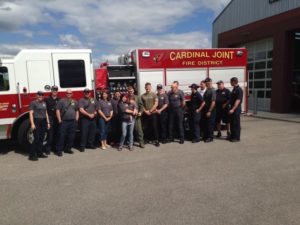 During the month of May, firefighters sold over 400 t-shirts to raise money for the family of Devin, who in January of 2018 was diagnosed with a rare and aggressive type of brain tumor.

Thank you to all those who supported this fundraiser! 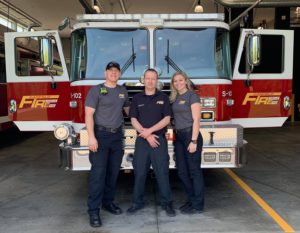 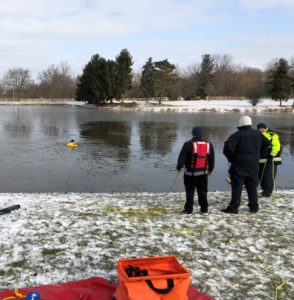 Special thanks to Board Member Mike Clayton for 6 years of service to the District (2012-2018). 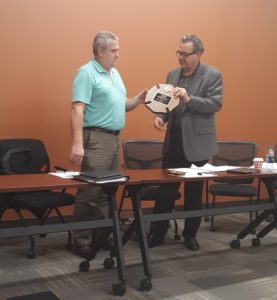 Congratulations to John Corman who was sworn in as a full-time firefighter at the November 14th Board Meeting. 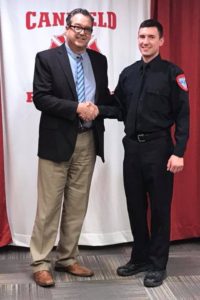 Firefighters got together for a Morning Workout at Station 2 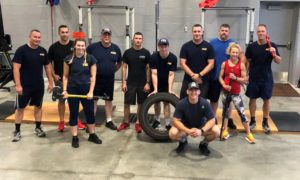 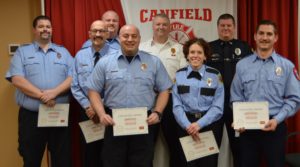 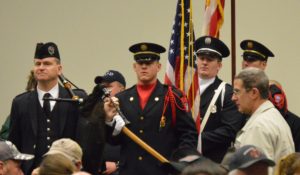 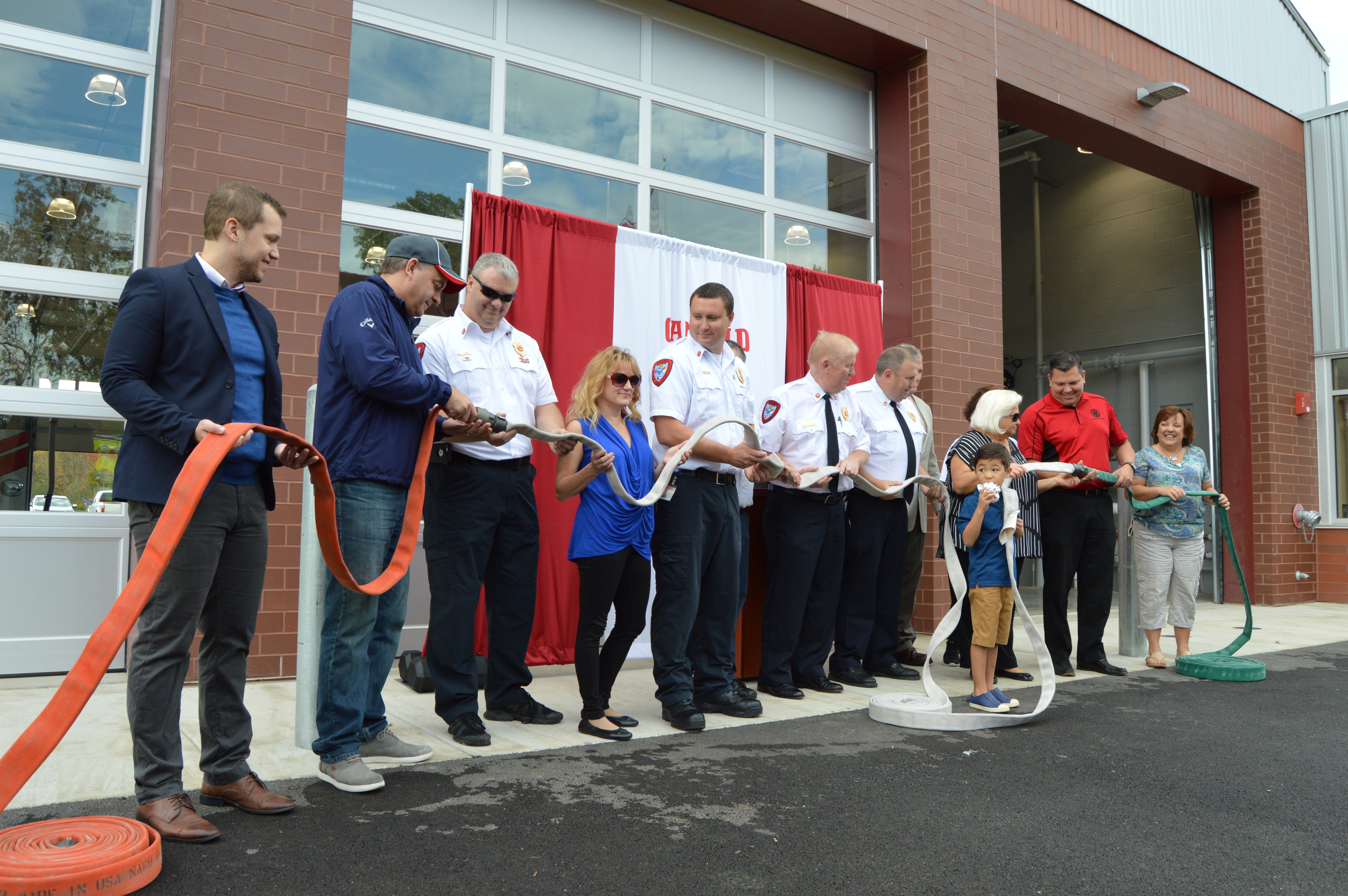 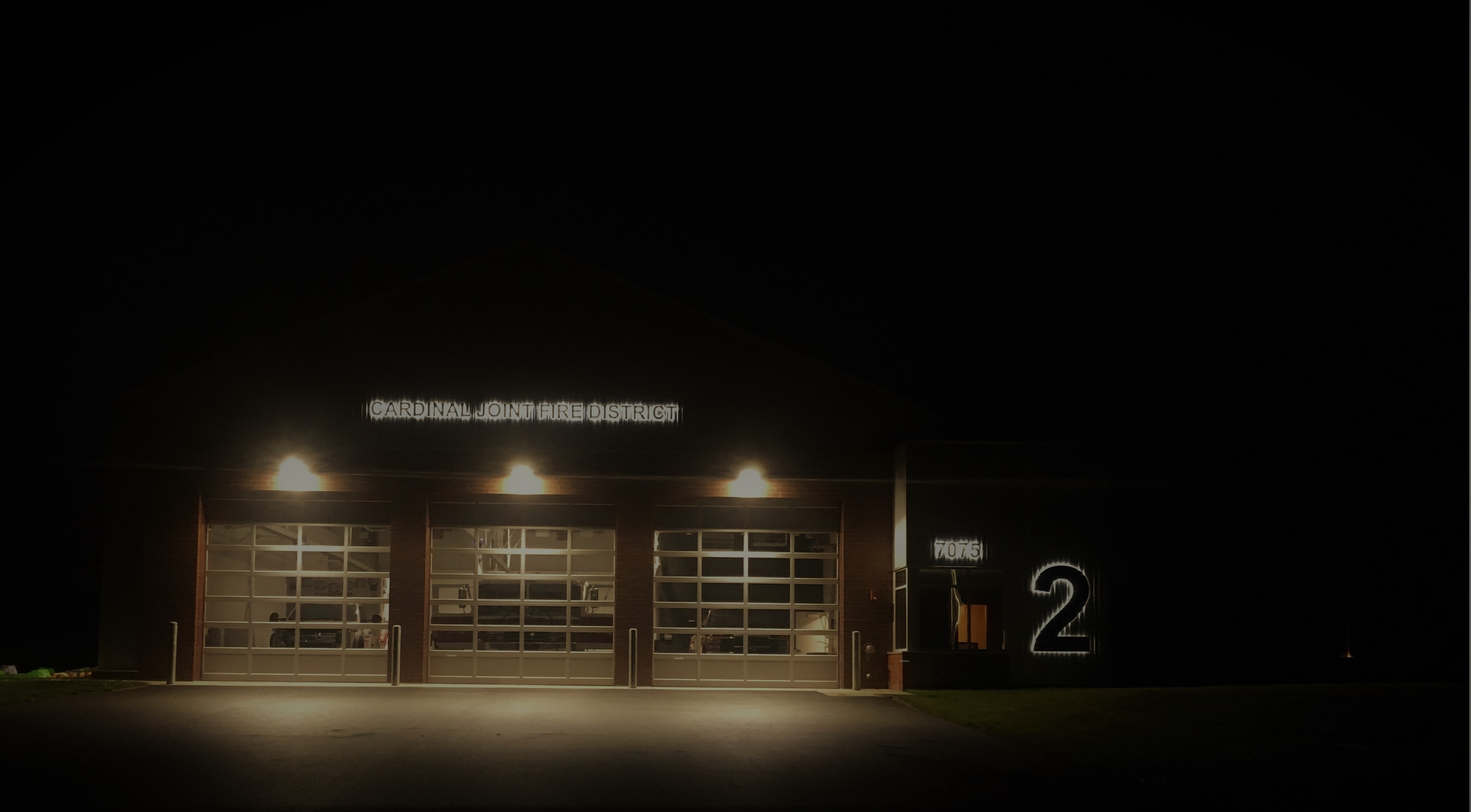 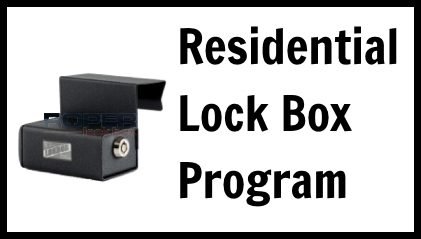 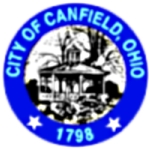